Well, I must say I had a very good nights rest in the Inn At The Roslyn…just had to wear sunglasses to shower in the blue bathroom…but outside of that it was a great evening.

We grab some coffee from the lobby and head out to visit Arlington Cemetery, which is just two blocks away. Its a beautiful day and I am excited to visit this most hallowed site.

We arrive and park the car and head to the visitors center. Admission is charged for those that want to take a shuttle bus around the site, which I would advise. It is over 640 acres in size and you do hop off and on the shuttles to visit specific grave sites, so yes, if you go, please hop on a shuttle. They do have guides on them that offer a great deal of information along the way.

Arlington is the second largest national cemetery in the USA. The land was originally part of the grounds of Arlington House which was at one point owned by Mary Lee, the wife of General Robert E. Lee. In 1864, while General Lee was off fighting in the Civil War, the house was confiscated by the Union Army. It seems that Mary had not paid the taxes owing on the property in person, which was the law at the time. The amount owing was $92.07. The Lees left the property and moved to the Southern states. The Government used the property as a cemetery for soldiers. In 1882, George Lee, the oldest son of Robert and Mary went after the government to return the property to him. They did. And in 1883, they offered him $150,000 for the property and he sold it to the US Government. It was at this point that it officially became a National cemetery, keeping the name Arlington and maintaining the Lees’ house on the property, which you can visit to this day.

There are over 400,000 graves here….I know, that is hard to digest…and there are 27 to 30 more funerals every day of the week. The first soldier buried here was Private William Christman on May 13th, 1864. There are gravesites here of many notable folks, including John Kennedy, Jackie Onassis and many more. There are graves for those who fought in all of the Nations wars, from the American Revolution to Afghanistan and Iraq. But each of the souls buried here deserve to be honored and remembered.

After the burial of JFK on November 25, 1963, Arlington received thousands of requests for burials here. Due to this, they expanded the site and created new eligibility requirements for inground burials.

The Tomb of the Unknown Soldier is something incredible and soul stirring to see. Erected on November 11, 1921, it contains the remains of an unknown soldier from WW1 and pays homage to all of those who have fallen and were not found or could not be identified. The tomb sits atop a hill and overlooks the Potomak river and faces the white house. There is a changing of the guard ceremony held every hour on the hour. The crowds remain completely silent as the ritual is completed with precision, honor and great respect. The soldiers that take on this role train for years, after having been carefully selected, to ensure everything from their uniform to their shoes is spotless and that they commit to standing guard over the tomb for an hour without moving…rain, snow, hail, winds, heat…365 days a year. This is a remarkable moment that I have never forgotten.

We spend over 3 hours here…and it was not hard to do. We decide it is time to head out and head home to Canada…its a Saturday and we want a day of rest before…the back to work mode needs to kick in. We decide to start out on the interstate and then take a few side highways if we find one that is interesting.

Being back on the road feels good. We are back in the mountains and farmlands and I love it. We are driving on the interstate so there are not many towns to see, but the views of the mountains and farms is spectacular. We stay on this interstate until it turns into Hwy 70 and this is where we start to drive through a few small towns…and we cross into Maryland.

Hagerstown, Maryland is our first stop…why you ask…because it is ridiculously hot out and we want ice cream. Hagerstown is built with limestone ridges that run right through the middle of town, and most all of the older homes and stores are built from limestone. This is a semi-rural community, where the folks travel to other cities for work. It is nestled in between the Blue Ridge and the Allegheny mountain ranges. We find a little ice cream shop called the Sweet Frog and make our choices…large dipped cones…the biggest ones that they sold. It was quite the lick fest thanks to the hot sun…but we persevered.

As a note once we got onto the I-70, which was scary to drive on due to the heavy amounts of traffic and the speeds at which they drove, we realized it is a toll highway…ugh. So, since we had no change, we had to pull off at a gas station to buy something to get change. And at one point, the toll booth was closed and we had to turn off and double back to take a different detour route. It was frustrating to say the least.

Eventually we find a back road and decide to take that and get off this dratted highway. This road takes us to Bedford, Pennsylvania. I know this place…we drove through here on our way down at the start of our trip. At this point we relax a little and start to enjoy the drive again. It is now late in the afternoon and so we spot a Starbucks and pull in for a java and a little leg stretch. We figure its clear sailing now…oh how wrong we would be.

Back on the road we boogey along…until…construction. And not just a little construction. We end up in a massive traffic jam and no one is moving…not even an inch. We sit and sip our coffees and try to be upbeat and amusing to each other….not sure if it really worked. We sat here for over an hour and once we got moving again we were sent down a detour back road.

This road took us through some lovely little places: Pleasantville and Johnstown to name a few. Johnstown has an interesting fact you may like. It is home to the Johnstown Jets hockey team. On November 20, 1951, the Jets hosted Maurice Richard and the Montreal Canadiens of the NHL for a fundraising hockey game. And the movie Slap Shot is based on the Jets big win in a tournament in 1976. A little place in the middle of no where…how interesting.

It is now 6:45 pm. We are 1000 miles from home which is roughly 10 hours of driving. We are tired and have not had a real meal all day, and we have no place to sleep. This day is not working out the way we thought it would. We continue driving and then we see it…as though it was a beacon of light in the dark…the sign…that said…Punxsutawney-26 miles. Eureeeeka. We quickly decide that we will find a place to stay there for the night..(I secretly plan to visit Punxsutawney Phil again….see a previous blog for that fun story), and so we drive into Punxsutawney.

We drive around the streets looking for something that looks like a place to stay….we find nothing. The town appears closed for the night. Everything is dark and there was a really eerie feel every where we went. It is now 7:45pm. I suggest we drive the few miles to Dubois and the Hampton Inn, where we stayed the very first night of our trip. My partner puts up no fuss about doing just that.

After another half hour we are checked into a room…we are tired and do not feel like going out for dinner so we order pizza and I make us a cocktail…a Jan original. While we were on our travels in Gatlinburg I found a bottle of vodka that intrigued me…Chokin Chicken vodka. I loved it because of the wording on the bottle (“If This Don’t Light Your Fire, Your Wood Is Wet” and “Not Intended To Grow Hair On A Goat’s Ass”) and the fact that even though I am an animal lover, I have a fear of chickens…specifically their feet. They really creep me out. So of course I had to purchase this gitchy product. I don’t have any mix with me except for some blue Gatorade…so…I make a drink out of the vodka and Gatorade. It was delicious. My partner and I enjoyed a couple of these fine cocktails and ate our pizza while watching the movie Gettysburg. Even though we haven’t made it home just yet, this became one of the most memorable nights of the trip. And as a note….this is really smooth vodka…(I still have the empty bottle as a memento).

The next morning, after a breakfast at the hotel, we load up and head out early…well we head out at 10 am…a little later than planned. We have to make it home today.

We try to leave Dubois…yes I said try. My driver took a wrong turn and we were heading south instead of north. I calmly let him know that we were going the wrong way and he turned around. Our second attempt to leave was successful. We know what we are doing now. Canada here we come.

We stayed on the Interstate all the way to Fort Erie. An uneventful boarder crossing and we are now on Canadian soil. We have a late lunch in St Catherines and then drive home.

We arrive home at 7:00 pm…safe and sound. We have driven over 6500 miles in 15 days. We have had adventures, met new friends, discovered amazing places and seen sights that words cannot even begin to properly share. We have laughed, almost cried and shared an incredible adventure together that will not be forgotten.

It is time to unpack the suitcases and stow them away until another adventure calls my name.

My Life in Photos

My deer friends….what joy it brought me in this moment.

Relaxing Way To Start My Day…Ahhhhh

Any Plane Will Do When You Have The Trave Bug 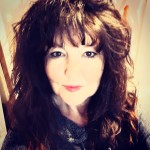 Happy To Be Me!

Come follow me and my adventures in Costa Rica!